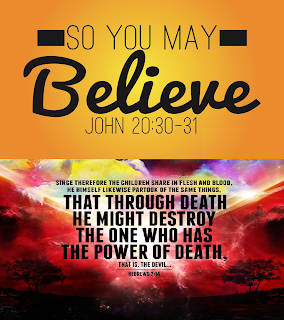 I preached from texts again this week as it is generally easier to prepare from a text than a passage. With these two (John 20:30, 31; Hebrews 2:14,15) I have now preached 83 of the one hundred texts recommended to workers by T C Hammond. (See here). As last week, I found the morning sermon went better than the evening one. This time I think I put in equal effort. It genuinekly was  aharder text to tackle I guess. We had lunch today as well, which was very nice. One of our members was celebrating her eightieth so we sang happy birthday to her. One or two friends and family joined her so it was nice to ahve them around and there were one or two other visitors. Once again there were people missing - some expected some I don't know. We sang some great hymns, including an 11th century one I found by Fulbert of Chartres

1 You choirs of new Jerusalem,
your sweetest notes employ
the Paschal victory to hymn
in songs of holy joy!

2 For Judah's Lion burst his chains,
and crushed the serpent's head;
he cries aloud through death's domains
to wake the imprisoned dead.

3 Devouring depths of hell their prey
at his command restore;
his ransomed hosts pursue their way
where Jesus goes before.

4 Triumphant in his glory now -
to him all power is given;
to him in one communion bow
all saints in earth and heaven.