How things work in Britain

Three news items this week sent me in the same (leftward) direction. One item was the news that Radio 1 is fifty. It is well known that the first record on Radio 1 was Flowers in the Rain by The Move written by a then 18 year old Roy Wood. Did you also know that in a promotional stunt, for the record - typical of the band's manager Tony Secunda, apparently - postcard was released with a cartoon of a naked Harold Wilson, linking him to his secretary Marcia Williams. Wilson sued, and the High Court ordered that all royalties from the song were donated to a charity of Wilson's choice. This legal arrangement remains in force to this day and is thought to have cost the group millions of pounds in royalties over the years. During the single's chart success, most of the money went to the Spastics Society and Stoke Mandeville Hospital. In the 1990s, The Observer newspaper reported the royalties had exceeded £200,000 and found that The Harold Wilson Charitable Trust had extended the range of beneficiaries to include, among others, the Oxford Operatic Society, Bolton Lads Club and the Jewish National Fund for Israel. Wood has tried to get them to give the money to the Birmingham Children's Hospital but without success,
Then there was the death of Tony Booth, father-in-law to Tony Blair. Booth's father was, like Booth himself for a while, a merchant seaman and one day while working in the hold of a ship, a derrick swung and smashed his pelvis and back, along with a leg and an arm. For three weeks everyone assumed that he would die. During this period the shipping company stopped his wages. The only source of income that the family had was from the young Tony’s paper round and what his mother earned as a charwoman. It was apparently a defining moment for Booth. He became a believer in the trade union movement and joined the Labour Party at the age of 15.
The more obvious third one is the story of "Alexa Clarke" who when her daughter turned five in November, couldn’t afford to celebrate. Nor could she afford to heat her house, put healthy food on the table or buy her daughter new shoes for school. Why? Because her benefits had been halted and she was being transitioned to universal credit (UC), the government’s flagship welfare reform that rolls six benefit payments, currently paid weekly or fortnightly, into one monthly lump sum. It took seven weeks (!!!) for Clarke’s first UC to arrive, and she had only an advance of £447, which she had requested as an emergency interest-free loan to live on, as the bills piled up.
“I was scared to even pick my daughter up from school sometimes because I felt like I was failing her,” says Clarke (not her real name).. “Everyone else was carrying Christmas shopping and I couldn’t even keep my house warm.” Tameside, in Greater Manchester, was the first local authority to initiate the welfare reform programme in 2013. Clarke, 24, had been living on weekly and fortnightly benefit payments since her daughter was born before being moved on to UC last year. She had never missed a rent payment, and had mastered the art of budgeting her benefits. But just as her daughter started school and she began applying for restaurant jobs, everything fell apart. In the wait for initial payment, the heating shut off, then the electricity failed, Clarke’s phone credit ran out, and she had no choice but to approach a nearby foodbank.
At the same time, an adviser at Tameside’s Jobcentre Plus insisted she spend 25 hours each week looking for work, or risk sanctions, a condition of the new UC. Clarke couldn’t even afford the bus fare she needed to hand out her CV to local restaurants.
: Friday, September 29, 2017 No comments: 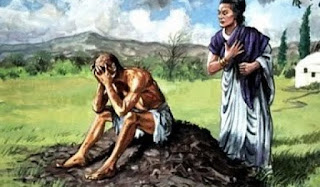 Nine of us gathered last night and most led us in prayer, the men taking the lead. We are still looking at unseen realities and this time we turned to the subject of Satan. I made seven piints from elsewhere and seven from Job 1 and 2. My kindle played up so that made for difficulties. I think we're due a reset. I don't think it was a Satanic ploy but it was one of various hindrances that we meet. Good to know that Satan trembles when he sees the weakest saint upon his knees.
: Thursday, September 28, 2017 No comments:

This video alludes to four childhood memories growing up in the sixties - the revolving ashtray (my dad smoked and we had one - great fun unless full of ash) the toy woodpecker (we didn't have one but my friend did and it endlessly fascinated me) Betta Bilda (made by Airfix - the inferior version of Lego) Minibrix an even earlier building kit from the thirties passed on to me by an uncle.
: Wednesday, September 27, 2017 No comments:

I saw one of these at my son's last week. I've seen one before (when Stephen Fry did a gadget count down he put it as high as No 9) but this time I felt I had to have one. There is a Lakeland shop nearby in Brent Cross. Great fun!
: Wednesday, September 27, 2017 No comments: 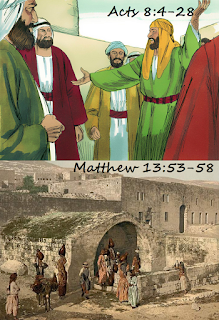 We were back up to fifty on Sunday, although some were away. Numbers were boosted by the return of a large family of Hungarians, as many as nine from the Seminary and three visitors from Aberystwyth, among others. I preached the next section in Acts on Philip and the Samaritans. In the evening we were down to something nearer 15 with two Filipinas along, who we had not seen for a while. I preached on the closing verses of Matthew 13. There were around 9 in Sunday School.
I have been trying to analyse the numbers over the past month or so. Since August 27 almost a hundred of all ages have attended, ie about 20 members, 30 regulars, about 25 others and around 25 visitors. In some ways that is very encouraging but we have never had a hundred there or even 75. On a good Sunday we should be getting somewhere near 60 plus any visitors, whereas it is more likely to be 40 to 50. My interest is not numbers as such but the individuals.
: Monday, September 25, 2017 2 comments: 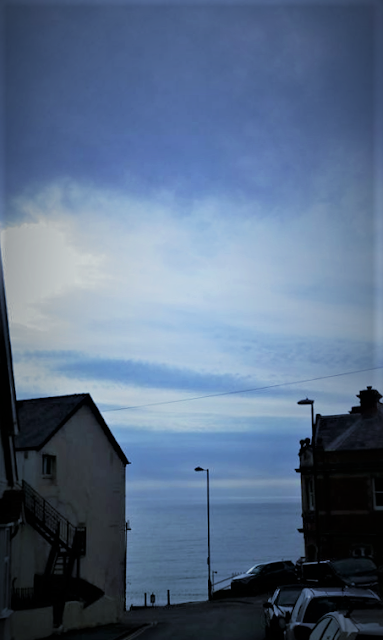 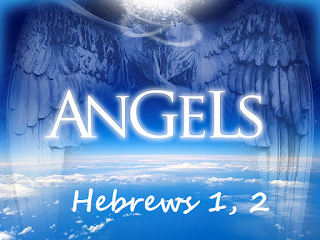 Another look at angels last night in the midweek meeting, looking at Hebrews 1 and 2. Good session with ten present, mostly men, including three seminary students. At least two not well enough to come out. Nearly everyone prayed. Plenty to cover as ever. I was especially encouraged by one man's prayer for the Lord's Day.
: Thursday, September 21, 2017 No comments:

Flags courtesy of ITA's Flags of All Countries used with permission.
: Wednesday, September 20, 2017 No comments: 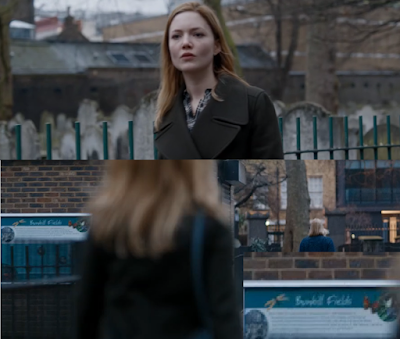 I did not think we would be returning to this subject so soon but if you have been watching the series of J K Rowling detective stories you may have noticed that Bunhill Fields features (slightly egregiously) in the second episode of silkworm, as illustrated. The snag here is that no new graves have been made in this London graveyard for well over a hundred years. (In this episode you also see shelves of books in someone's home and people have spotted a fat Harry Potter book there). I've enjoyed the episodes so far.
: Wednesday, September 20, 2017 No comments: 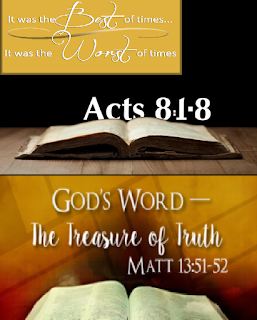 We were around 40 again Sunday morning (half members, half not; some members and others missing as ever) and about half of that in the evening when we began with communion. It was nice to have our other Seminary student back from his months in South Africa. In the morning I carried on with Acts 8, meditating on what was the worst of times and yet at the same time the best too. In the evening we returned to our studies in Matthew 13, looking at the very interesting verses 51, 52. One of the newer members of our congregation brought a relative, a ten year old, so I was keen to make it accessible to them and more or less managed it I hope. It was my son's last Sunday before heading off to university. I've just taken in that there are now three or four Nigerians in their early twenties around, who often attend. It would be good to try and do something to help them.
: Monday, September 18, 2017 No comments: 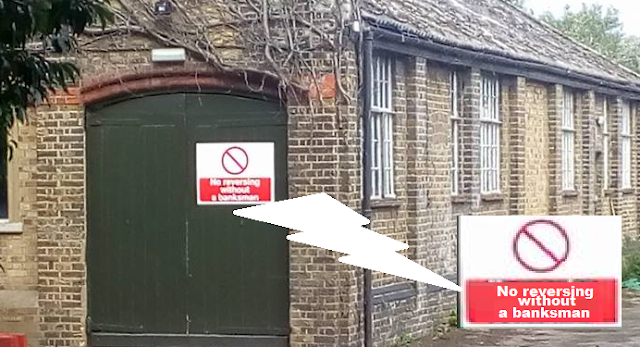 Also in Regents park today I came across a word I did not know - banksman. Wikipedia explains it thus - In British civil engineering, a banksman is the person who directs the operation of a crane or larger vehicle from the point near where loads are attached and detached.
: Saturday, September 16, 2017 No comments: 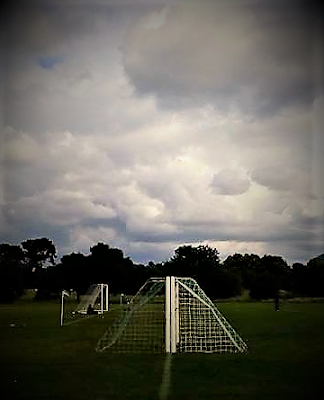 I saw this in Regents Park today

Fortieth Anniversary of the death of Marc Bolan


Marc Bolan was an early musical hero of mine. I never saw him life (protective parents). On September 16, 1977, the T. Rex singer was killed instantly when the car, a mini, driven by his girlfriend, Gloria Jones, left the road and hit a tree in Barnes, West London. The couple were on the way to Bolan's home in Richmond after a night out at a Mayfair restaurant. A local man who witnessed the crash said, “When I arrived a girl was lying on the bonnet and a man with long dark curly hair was stretched out in the road; there was a hell of a mess”. 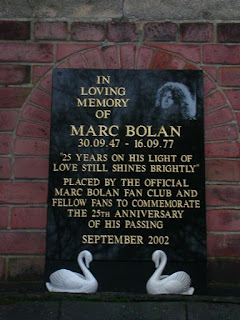 A very good documentary called Cosmic Dancer aired last night on BBC 4 and is worth watching. It appeared to give to me a fair and balanced account of the life. I thought it about right when someone said Bolan was not as good as he sometimes claimed but then not as bad either as others made out. Like most geniuses he was a flawed genius. To die so young was a great tragedy.See here for the next month.
: Saturday, September 16, 2017 No comments: 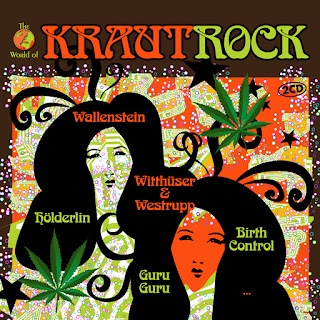 (Most of these bands I am not really aware of but the list was prompted by the death of Can's bassist Holgar Czuky). Out of Focus is another example and should not be confused, of course, with Focus who are Dutch.
: Friday, September 15, 2017 2 comments: