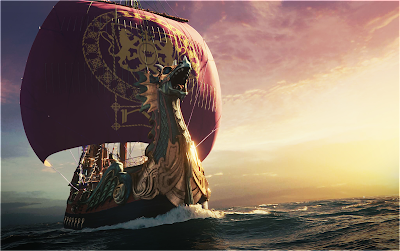 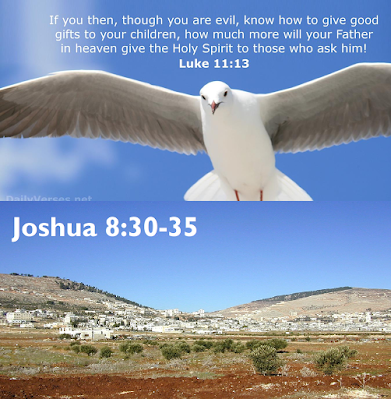 Great day Sunday. We began with communion at the chapel for members. I think we were about 8 or 9. I read the first part of the communion hymn by Horatius Bonar and then read from part of Luke 22. I focused on verse 15 where Jesus says I have eagerly desired to eat this Passover with you before I suffer. One of my deacons has bought a thousand small plastic communion cups (made in China I notice). He set out a number of these on a table, some with grape juice in and some with a small piece of bread in. People picked them up as they came in and then at the appropriate point we ate and drank. We closed with me reading the second part of Bonar's hymn.
After short break, after others joined us, we had our main morning service. We were 16 this week so we are slowly rising in numbers. I preached a one off on Luke 11:13. We began and ended with a hymn provided by EMW played over speakers while we sang in a mumble. Others joined us on zoom.
In the afternoon we had some people over to the house - quite a novelty. In the evening it was Zoom again looking at the final verses of Joshua 8. We also had an update from Eduardo Lemos, our member who heads, with his wife Anna Marzia, to Brazil next week to work with a church near Sao Paulo.
: Tuesday, July 28, 2020 No comments: 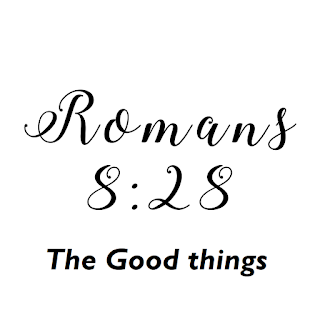 Just to note that we did have our usual Midweek zoom time again last Wednesday night. We took a break from 1 Chronicles to begin a short series on Romans 8:28. I just focussed on how the good things work for the good of believers this time - the easy bit. As usual these days we were able to pray and numbers were decent. Good time.
: Monday, July 27, 2020 No comments: 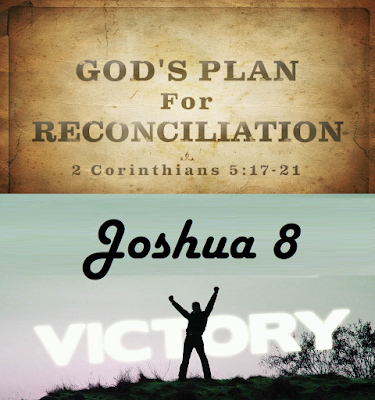 I've left this rather but last Sunday went off okay. In the morning we were 13 in the chapel (one more than the previous week) and about 16 joined us on zoom. In the chapel we sang quietly. There are still some teething problems but we are getting there. I preached on the closing verses of 2 Corinthians 5. In the evening we zoomed and I preached on most of Joshua 8. We also had a recorded update on the work of CCM in The Philippines which was great. Heading back to sme sort of normality perhaps/
: Friday, July 24, 2020 No comments: 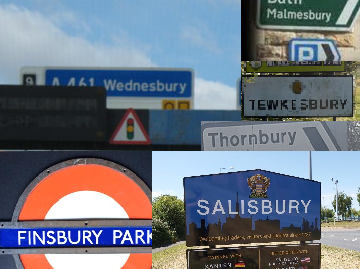 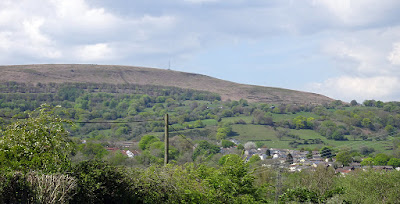 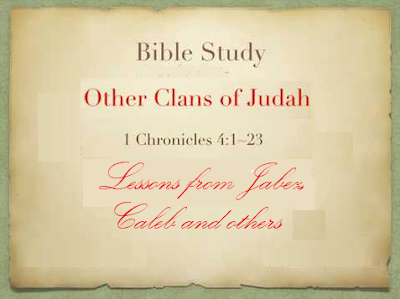 A little different once again. I went over to the chapel to deliver the message as we wanted to try out our zoom ability there. All seems to be fine now. We tackled a bit more of 1 Chronicles - I'm beginning to get into a good pattern now where the reading of the Scriptures is integrated into the message, which works well. We'll probably take a break next week, nevertheless. It was great to have around 20 on the screen and we had a good time of prayer.
: Thursday, July 16, 2020 No comments: 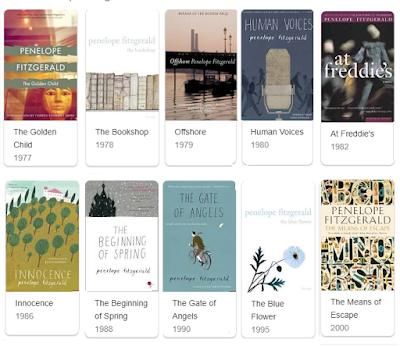 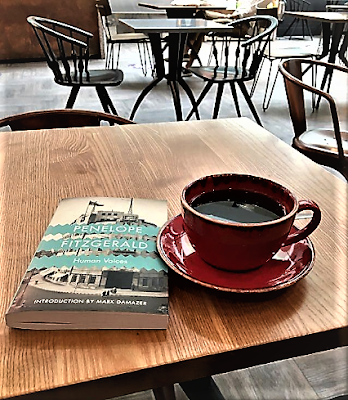 Things are beginning to get back to normal. Following a reconnoitring trip the day before I found that at our nearby O2 shopping centre a branch of the Soho Coffee Company is not only letting you sit down there but is serving the coffee in China. So I took a copy of a recently purchased novel Human voices by Penelope Fitzgerald and had a good read. In fact the book is such an easy read I had it finished before the day was over. It is the one most like her first Golden Child and features the BBC during the war. it is full of gentle humour and a silvery undertone of sadness punctuated by brilliant turns of phrase from time to time.the novel.
: Thursday, July 16, 2020 No comments: 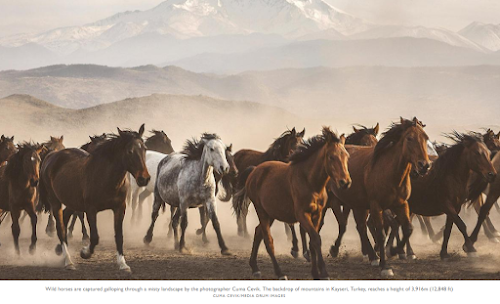 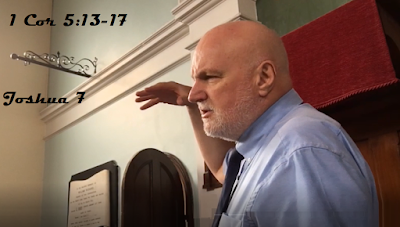 So we were back in chapel on the Lord's Day. It was touch and go all week but in the end we went for it. There were only 12 of us present and, of course, we can't sing but at least we have made a beginning at being back in the church. Sadly despite our efforts to zoom that pretty much failed audio wise. Thankfully, I had recorded a similar service on the previous Friday so no-one was too disadvantaged. My text was 2 Corinthians 5:13-17. We also read the last chapter of Jonah. In ht evening it was the usual zoom. I preached on Joshua 7 and also read from 1 Thessalonians 3, which we have begun to read consecutively. Once again we had a guest speaker - Tim Howlett, who leads UBM (a number in the church have UBM connections). Our numbers were a bit low in the evening but our two newcomers were there.
: Monday, July 13, 2020 No comments: 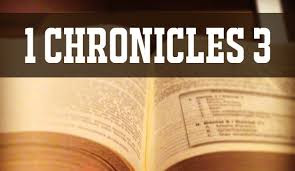 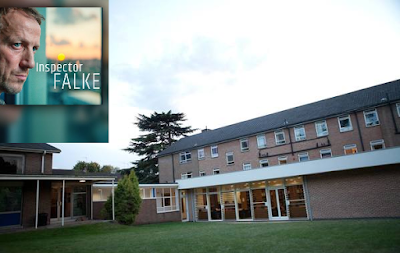 This week's day off was a little different in that we were able to go to the seminary and meet with the two couples who have been part of our fellowship this year. We have mentioned Eduardo and Anna Marzia, who head for Brazil with UFM on August 3. It was nice to be with them once again. We also met with Benjamin and Diana, who have a second year in the seminary ahead. That was good too. After that there was a bit more work on various writing projects. I then watched a couple of episodes of a German detective drama Inspector Falke about a Hamburg based detective. I have come to this because I liked the programmes made bu the same people on Inspector Borowski based in Kiel. Snag is the Falke series is not as good as the Borowski one.
: Saturday, July 11, 2020 No comments:

Rather late with this once again.
Benjamin Francis 1734-1799
Benjamin Francis came from Wales
But he soon spread his sails.
First he went to Bristol College
To increase his knowledge
Then pastored a church in Horsley
For years - over forty!
He preached sermons, wrote elegies,
And words for melodies.
This blog was started in April 2016 and is about the 18th century Baptist Benjamin Francis, a pastor and hymn writer who grew up in Wales. There are 50 posts by now. The hit count is low - about 2300. It can be found here. Most popular post on the blog is the second part of a piece on John Heskins one of the deacons at Shortwood, Gloucestershire, where Francis ministered. You can find it here.
: Friday, July 10, 2020 No comments:

I had hoped we might be back in the chapel last Sunday but we were not and so it was the same routine as in past weeks  10 am Zoom singing, then a recorded service (see our website for a link to YouTube) at the optimal time of 11 am. I preached on 2 Corinthians 5:11-13 on preaching. On Sunday evening we zoomed and I preached on Joshua 6. We also had opportunity to hear from our friends in the South of France and about the work there. We have had two newcomers joining us quite regularly in recent weeks. They were there again. One of them has a similar background to our visiting speaker and it was good to hear them chat. (Sorry this is late).
: Thursday, July 09, 2020 No comments:

10 Heads of State and politicians who have had Covid-19 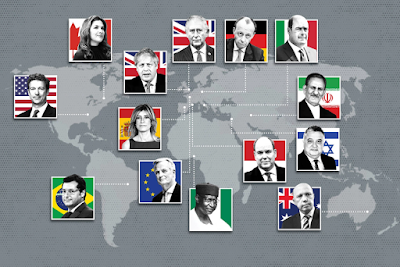 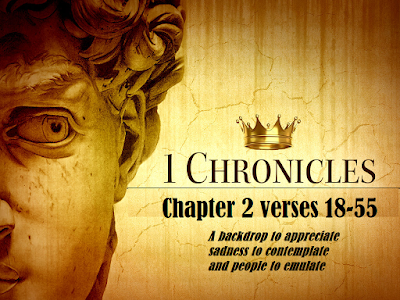 It was zoom time once again last Wednesday night. We managed to get to the end of 1 Chronicles 2. I had three straightforward points - A backdrop to appreciate, sadness to contemplate and people to emulate but it was still hard going. I need to work harder on these things. We were able to pray for a good time and numbers were good once again.
: Monday, July 06, 2020 1 comment: 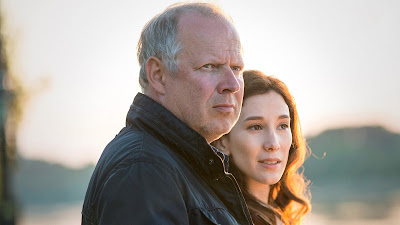 Last week's day off was different in that Eleri was away in Aber. She left spaghetti Bolognese for us, which we enjoyed. I did some work on various writing projects I have in mind for future days and spent quite a bit of time binge watching a series I found on Channel 4's catch up service featuring Inspector Borowski based in Kiel, Northern Germany. It is all in German so you have to concentrate on the subtitles.
: Monday, July 06, 2020 No comments:

Email ThisBlogThis!Share to TwitterShare to FacebookShare to Pinterest
Tags: Day off, German, TV

It's been a funny week so I have failed to give you a blog of the week. Perhaps I can slip this one in here, therefore.
Some old Jokes
Hey folks, here are some jokes,
You know it's not a hoax.
I hope that no-one chokes
As my blog some joy provokes
This blog was started in April 2017 and is a repository for old jokes (as the title suggests). I like jokes but am not very good at remembering them unless I get a good trigger. There are over 100 entries and so well over a hundred jokes. The hit count is low - about 1700. It can be found here. (Go on - you know you want to). Most popular post on the blog is a Trappist monk joke I heard years ago You can find it here. Any suggestions for material would be appreciated. One day I will have a look at humour in the Bible, perhaps.
: Friday, July 03, 2020 No comments: