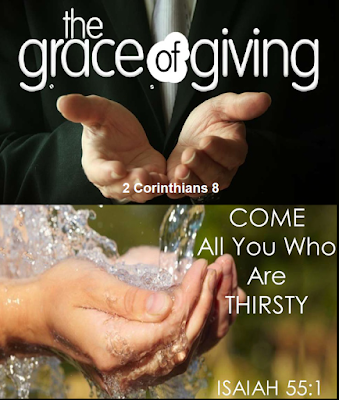 How do you assess the success of a sermon? It is difficult. If you preach on giving and someone gives you a gift, is that success? May be may be not. I preached on giving because we are working our way through 2 Corinthians and have come to Chapter 8. We'll be there again next week. This was the morning and we had a good turn out, around 30, but I wish we were more. A few others joined on zoom. We did have some mic problems early on but I think we're there.
In the evening it was just zoom. We had a good number again and a nice chat afterwards. We are looking at Joshua but the material is so similar to what we are doing midweek from 1 Chronicles that I decided to take a short detour into that wonderful chapter Isaiah 55, just looking at verse 1 this time.
: Tuesday, September 29, 2020 No comments: 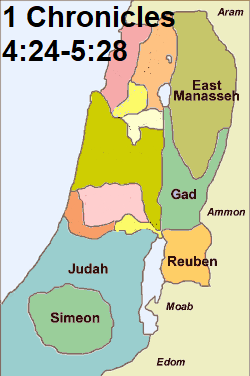 I decided to go back to 1 Chronicles for our midweek meeting. So it was 1 Chronicles 4:24 to the end of Chapter 5 looking at Simeon and the two and a half tribes east of the Jordan. We read a chunk at a time which helps and there was plenty to get our teeth into. Numbers were a little down in number relatively and not many men. The women took up the baton, however and we had a good prayer time. Always plenty to pray about.
: Saturday, September 26, 2020 No comments: 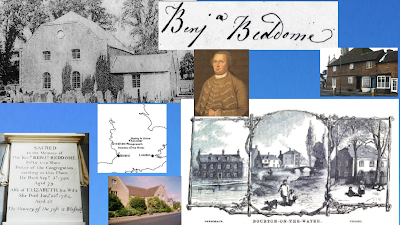 I was slightly under the weather yesterday and didn't do any of the things I often do. I ended up spending the day in the 18th century which I enjoyed and hopefully profited from. Another bright sunny day, surprisingly.
: Wednesday, September 23, 2020 No comments: 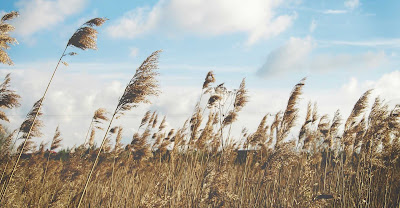 If the wind speed is less than one knot it does not register. It is 0. it is calm, Then comes 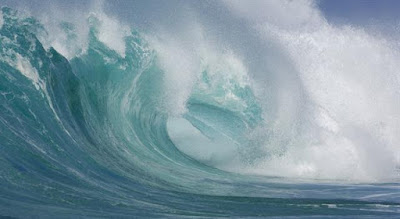 The Douglas Sea Scale was devised by the English Admiral H.P. Douglas in 1917, while he was head of the British Meteorological Navy Service. Its purpose is to estimate the sea's roughness for navigation. The Douglas Scale consists of two codes, one for estimating the state of the sea (fresh waves attributable to local wind conditions), the other for describing sea swell (large rolling waves attributable to previous or distant winds). 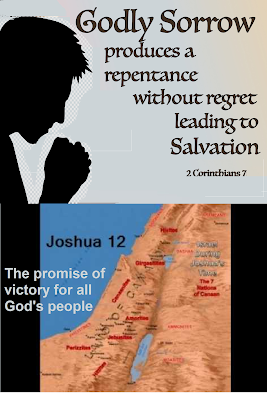 We were down to about 25 in the morning at chapel, though several joined on zoom. We were able to play the hymns through the PA this time, which is an improvement. We also had a Sunday School during the sermon. So there are small improvements bit by bit. I preached on repentance from 2 Corinthians 7. When we came out of the chapel several of us saw the hurricane and the three spitfires fly over marking eighty years since the Battle of Britain. The chapel was damaged during the war but it feels a million miles away from life today and our own relatively minor problems. In the evening it was just zoom again - this time from Joshua 12. We are making good progress through Joshua.
: Wednesday, September 23, 2020 No comments:

10 Words for Left and their pejorative implications 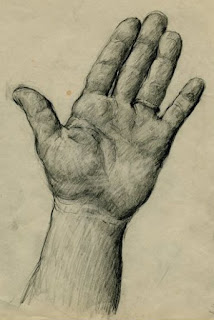 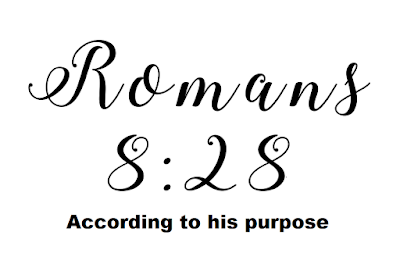 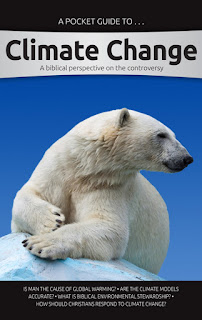 Just before lockdown I read a little booklet on climate change. At least ten things come out of it. Here they are.
: Friday, September 18, 2020 No comments: 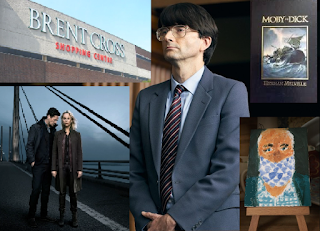 It's been very warm this week. I didn't really take advantage of it on my day off but was in most of the time and it was only after being out later that I changed into shorts ( a rare thing with me). I'd been to Brent Cross to get a few pressies for Eleri whose birthday was this week. Otherwise I finished that little painting I was working on, watched TV (including the second in the drama series Des). There were one or two things I had to get done pastorally and there was a meeting in the evening with the other church officers on zoom. Technically I suppose I shouldn't on my day off but seeing as they are doing it in their spare time it is more like that for me if I spare some of day off for that. I did get a little reading done too but not much. (Note to self - Are you watching too much TV at the moment?). 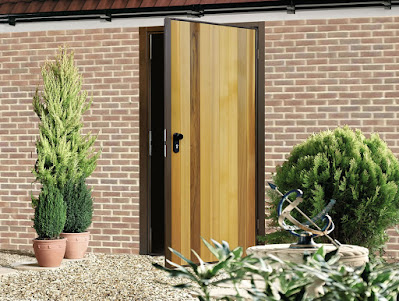 In the UK and many other places doors tend to open inwards but not everuwhere. 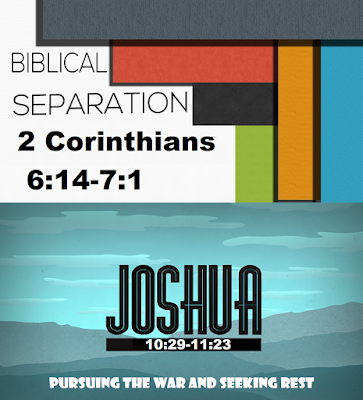 On Sunday we followed what is now a fairly well defined pattern of live in the chapel from 11 am (with a zoom option) and on zoom in the evening at 6.30 pm. In the morning we were in 2 Corinthians in 2 Corinthians 6:14-7:1 and the principle of separation. In the evening we took a big chunk from Joshua (Joshua 10:29-11:23) and considered more on spiritual warfare. Numbers actually at the chapel took a little dip from last week's high, as expected. We continue to have one or two [problems getting the sound right. We continue to have a rather limited range of hymns which we listen to rather than singing. We are hanging on in there.
: Tuesday, September 15, 2020 No comments: 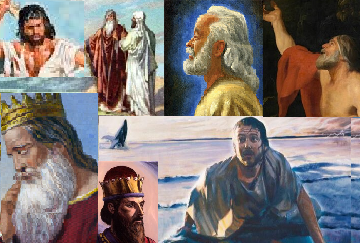 By backslider is meant a true believer who yet for some time appears to have slid back into old ways before being restored. These are all from the Old Testament. There is room for some argument here.
: Saturday, September 12, 2020 No comments: 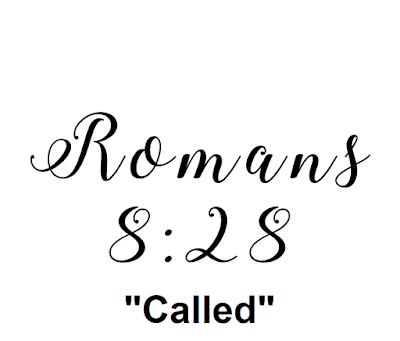 We had another good prayer meeting on Zoom last Wednesday. We are used to the format now and so the format is not a real hindrance. I do wonder if this might become the preferred format for midweek meetings or at least a strong option. We looked again at Romans 8:28 with Thomas Watson. Just one more session of that I expect. It has been good.
: Saturday, September 12, 2020 No comments: 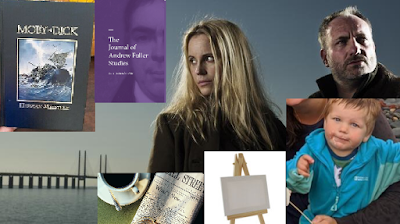 We haven't been having organised days off over the holiday period but as part of getting back into some sort of routine I tried this week to have an organised one. My thinking I remind any readers is as I am convinced it is best for me and hopefully sets a good example to others. It was not easy to to get into this week so I dabbled rather with some reading (Moby Dick and church history) some TV (a Scandi-drama on catch up) some telephoning (including a nice Facetime with my youngest grandson missing his brothers at school and not quite getting it). I also started on a miniature oil painting for my own amusement. It was warm out and I went for a coffee and did the crossword, etc.
: Saturday, September 12, 2020 No comments: 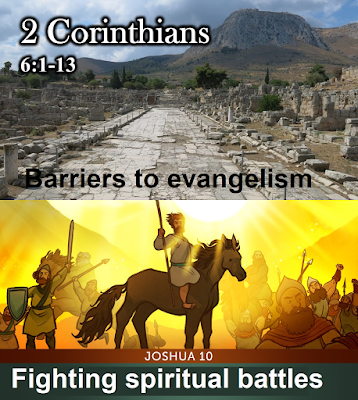 We had a bumper turn out on Sunday morning with nearly 40 present. We began with communion beforehand and then at the service I preached from 2 Corinthians 6:1-13, having taken a few weeks break. It was good to be there. In the evening we zoomed again and this time I was back to Joshua to Joshua 10:1-26. A good day. We also enjoyed having people across for lunch and tea.
: Wednesday, September 09, 2020 No comments: 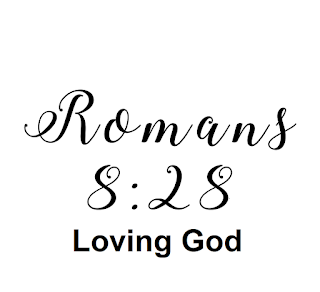 We had a great prayer meeting the other Wednesday. I prayed a little long to begin and I thought I'd messed it up but no first the men prayed then the women. One more prayer was a little long but I really felt we had got through. Before that we looked once again at Romans 8:28 with Thomas Watson and the subject of loving God. (Apologies for being way behind; we're getting back into stride slowly). 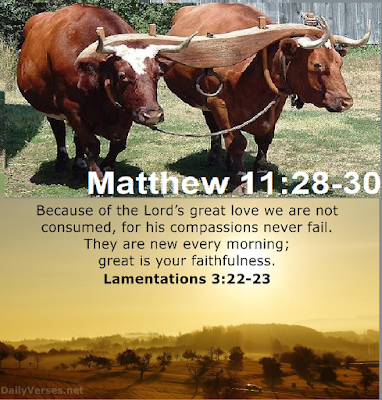 The last Sunday in August is never an easy Sunday and in the morning numbers were down from the previous week with several away and a number listening in on zoom again. We had difficulty in getting the sound right for the zoomers and we need a more permanent set up organised. We had a visit from a Bolivian man - I don't recall anyone of Bolivian background being with us before (Argentina, Brazil, Colombia, Ecuador I think but not Bolivia). I preached I think as clearly as I have ever preached the gospel - from Matthew 11:28-10. In the evening ti was just zoom and only a reading adn sermon as usual - Lamentations 3:22, 23, which I don't recall looking at ever before. 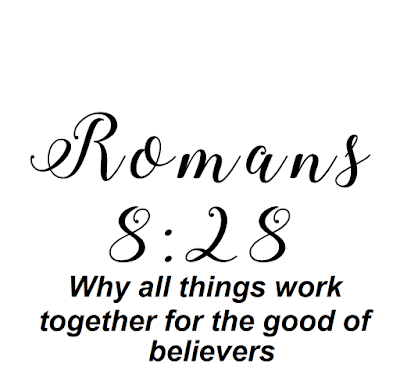 As stated it has been a bit holidayish around here but we are slowly getting back to it. We have a midweek meeting on zoom tonight. Last week we had a similar meeting, looking at the next part of Thomas Watson on Romans 8:28. We had a good prayer time and we were a decent number. It is not quite the same but there are some advantages in meeting by zoom.
: Wednesday, September 02, 2020 No comments: