The Nightingale of Wittenberg 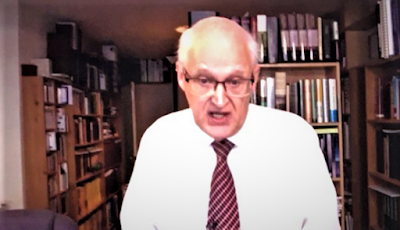 We had the first of our Autumn lectures in connection with the Evangelical Library on Monday. Dr Ian Densham, one of our trustees, gave an excellent lecture on Luther the Wittenberg Nightingale. The paper covered much of Luther's life but focussed on his love of music and his reforms in that area. Dr Densham showed both how radical and how conservative Lither was in his approach to this. He drew on a surprisingly large amount of secondary literature on the subject and referred positively also to audio programmes the BBC have produced on the subject such as this one here A square dance in heaven.
: Thursday, September 30, 2021 No comments: 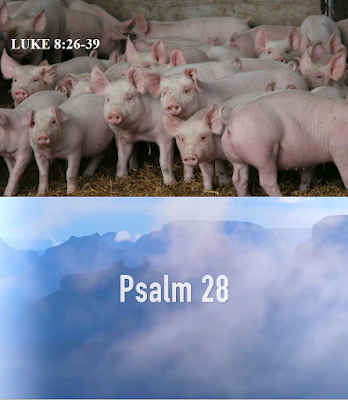 This last Sunday of the month was a rather low turn out. We were not quote 30 in the morning and only 10 in the evening. Not sure why people were absent, although I know one person was in ill in bed and another in A & E. We had some zoom problems for the few listening in but got those sorted. We looked at the Gerasene demoniac in the morning and Psalm 28 in the evening. I hope it was all helpful. I managed to make up a word during my prayer in the morning - dwained. It is a sort of portmanteau word based on waned and dwindled.
: Monday, September 27, 2021 No comments: 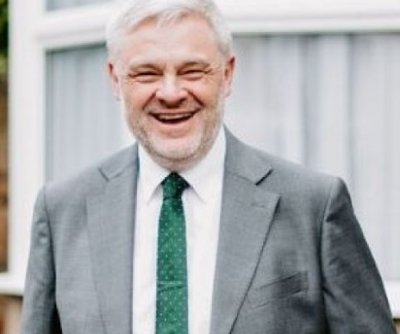 It was our privilege to be at the memorial service for Norman Wells today with about 300 others at IPC, Ealing. Norman died from Covid-19 rather suddenly in Spring last year. He was 56. A memorial service has only been possible now. We had helpful tributes from family and friends and Paul Levy preached helpfully from Psalm 73. It was lovely over tea afterwards to talk with old friends and one or two people I had not spoken with before. I knew Norman from his time in London Seminary and he would sometimes turn up in our services when en route from somewhere else. Norman's main work was with the Family Education Trust. It is clear that his thorough research and advocacy for the Christian view of the family never became theoretical but was lived out in his relationship with his wife Nicola and his nine children.
: Saturday, September 25, 2021 No comments: 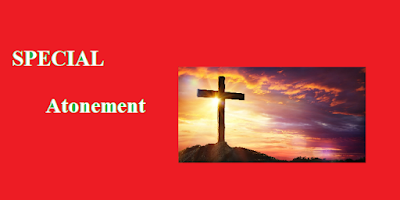 We were on zoom once again as usual on Wednesday and we looked at another "special" subject - this time limited atonement or particular redemption, what we might call special atonement. We spent time in prayer too. We seemed to take to it better this week than last. These things do vary.

What, another day off? Yes, I was off on Friday and Saturday and after two days I was off again as my general pattern is to take a day off every Tuesday. Having said that I actually spent a lot of time working on a paper I have to give before the end of the year. The introduction has been going round my head so it was easier to get it down. There were various other things like that and a coffee and a bit of TV.
: Saturday, September 25, 2021 No comments:

Email ThisBlogThis!Share to TwitterShare to FacebookShare to Pinterest
Tags: Benjamin Beddome, Day off 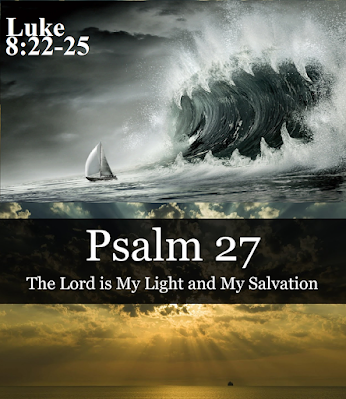 There is an argument for saying not only that  a day off is good for a minister but that two consecutive days off a month can also help. I have tried that once before but it is hard to find time. This month I have been able to do that as we were at a wedding in Wales last Friday and then on the Saturday we went to a birthday bash in Wiltshire. In between we managed to meet up with family and friends. So the wedding was that of Eleri's cousin's daughter Anya to Luke Foxhall from Nantwich. That was a great day in Newport and Cardiff. We saw family there and the next day briefly. I also called in on my sister in Newport briefly as she was having a coffee morning and chatted to my oldest friend. The birthday was a postponed sixtieth for my former elder Robert Strivens in Holt, near Bradford on Avon. So two days of good food and lots of conversation.
: Friday, September 24, 2021 No comments:

Email ThisBlogThis!Share to TwitterShare to FacebookShare to Pinterest
Tags: Day off, family, friends 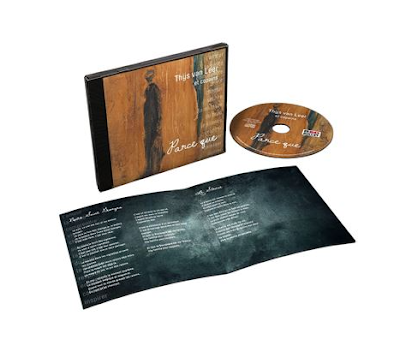 I thought it unlikely that Thijs van Leer would have been doing nothing during the pandemic. His new album is out today. All in French, Parce que is a set of ten vocal numbers with piano and flute from the maestro. Downloaded it this morning and am enjoying it, though the vibe is more an evening than a morning one.
: Friday, September 17, 2021 No comments: 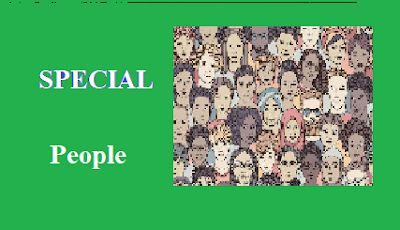 This week we looked at another "special" topic. This time it was special people and the subject of election, one of those topics we need to come back to every now and again. The prayer time didn't flow so well but many prayed. We are still on zoom. Numbers were good, so good we split into two chat rooms at the end.
: Thursday, September 16, 2021 No comments: 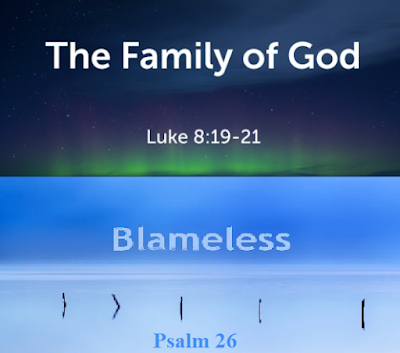 We were a smaller number in the morning last Lords Day as I preached from Luke 8 again. We were on earthly loyalties and kingdom loyalties. Lots of Filipinos there, as we had some visitors and some returning regular congregation members. In the evening, I preached on Psalm 26. A good day then but there are still people you wonder where they are.
: Thursday, September 16, 2021 No comments:

The History of Christianity in Britain and Ireland 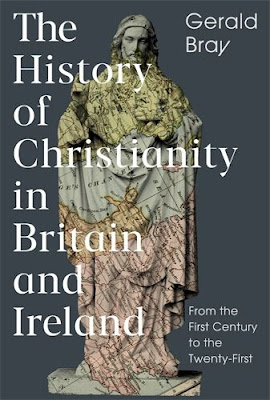 I enjoyed reading this large and comprehensive volume by Gerald Bray which very helpfully covers the long history of Christianity in these islands. He is especially good on the early stuff. Much was familiar but some was new and it was good to see how it all joins up. I had not realised that scholars now say that Wycliffe did not translate the Bible. I did enjoy some of the etymological notes (eg sinecure, Dingwall, church ales).
Really speaking it is an Anglican history and few opportunities are missed to downplay what is not of that ilk. Hence the Great Ejection involved 1000 not 2000 men, William Carey was not the big deal we all thought he was and as for Andrew Fuller - not worth a mention. The scholarship immense, the jokes few and far between, the thing mostly rattles along but there are some dull moments too. Inevitably just as Homer nodded so there are slips. To say that the 1859 revival in Wales mainly affected the Welsh speaking areas is rather redundant as at that time that was most of Wales. Whoever told Mr Bray that Dr Lloyd-Jones' first name was Dafydd rather misled him. It was David. I'm sure the Protestant Truth Society will be disappointed to learn from p 517 that almost nothing has been heard from (or about) them since 1982.
: Saturday, September 11, 2021 2 comments: 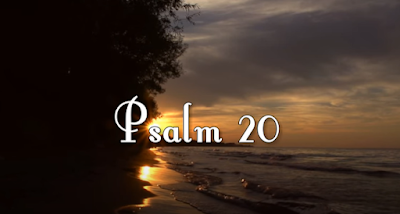 There was some confusion last Wednesday evening. One of our members had arranged for someone to speak to us on Sunday evening via Zoom but we are live in person again now so I asked about doing it on a Wednesday night when we are still on zoom. I'd thought that was the plan then and enjoyed a little more free time on Wednesday but in the end I had not read my whatsapp messages properly and there was no outside speaker. I had prepared to read Psalm 20 by way if introduction and so I just read it and gave a little more time to expound it (the Psalm has seven petitions and then some closing material). Anyway we had plenty of time to gather items for prayer and then pray too so it worked put okay in God's providence.
: Saturday, September 11, 2021 No comments: 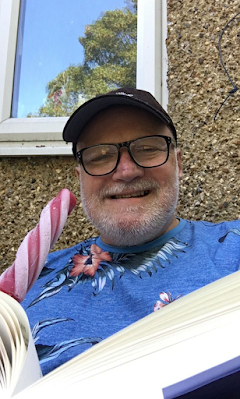 Last Tuesday was a lovely hot day and so I put on a flowery t shirt and shorts and made the most of it walking and reading in the garden. (Someone gave me the new Stephen King Billy Summers which one can't really recommend but that is well written and interesting all the way). I also found time for a bit of TV (an old police drama series on catch up The Commander).
: Saturday, September 11, 2021 No comments: 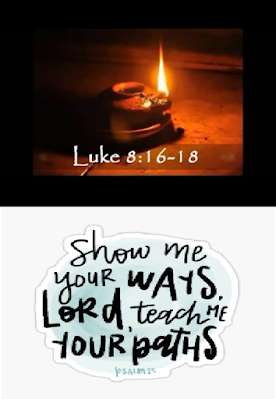 We began the Lord's Day with communion We were not too many but the main services were quite full am (c 35) and pm (c 15). We were very international in the morning with Afghanistan, Eritrea, Ghana, Iran, Jamaica, Malaysia, New Zealand, Nigeria, The Philippines and S Africa all represented. (I was sorry not to get opportunity to chat with the man from Afghanistan who I have not seen in a while). These were all familiar faces to some extent and one of our families also had relatives we know visiting. I preached on Luke 18:16-18 in the morning and Psalm 25 in the evening and although they weren't bad homiletically I felt they lacked something somehow. Preaching is a strange thing in some ways. We never get the full picture. At the end of the morning meeting I had a long chat with an Iranian whose English is limited explaining why I wouldn't baptise his young daughter.
: Tuesday, September 07, 2021 No comments:

A Nigerian couple in membership at the church are celebrating their fiftieth wedding anniversary and we were kindly invited to a celebration in a nearby Chinese Restaurant. They have seven children so we were a good number. (The other week another couple celebrated 40 hears of marriage. We are on a mere 33).
: Tuesday, September 07, 2021 No comments: 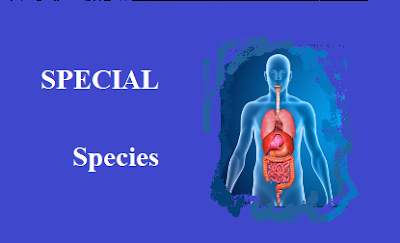 We were on Zoom again for our meeting last Wednesday. We looked at another of these Special subjects - the fact that human beings are a special species, with an emphasis on the fact that we are made in God's image. We were not that many but we had a good time of prayer.
: Saturday, September 04, 2021 1 comment: 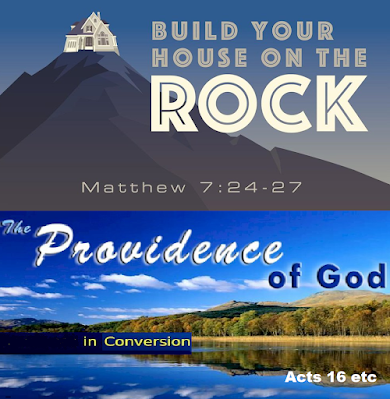 It was good to be back in Childs Hill for both services. We had a good number in the morning and not a bad one in the evening. In the morning it was nice to meet plenty of old friends and some new ones from Eritrea and Malaysia. In the afternoon my niece came for tea with a friend who is a worker in a church in Harpenden. They joined us at the evening meeting. Also in the evening a fellow turned up towards the end in need. We have met him before. I preached one offs from the end of Matthew 7 and on various passages on the subject of providence in conversion.
: Saturday, September 04, 2021 No comments: