This article first appeared in Grace Magazine October 1992, then Reformation Today 130, (Nov/Dec 92) and Reformation Africa South (second quarter 93). I have reason to believe it has been a help to many. Coming across it again lately I thought it might be good to have it here. I've scanned it from the RAS version and made one or to minor alterations. 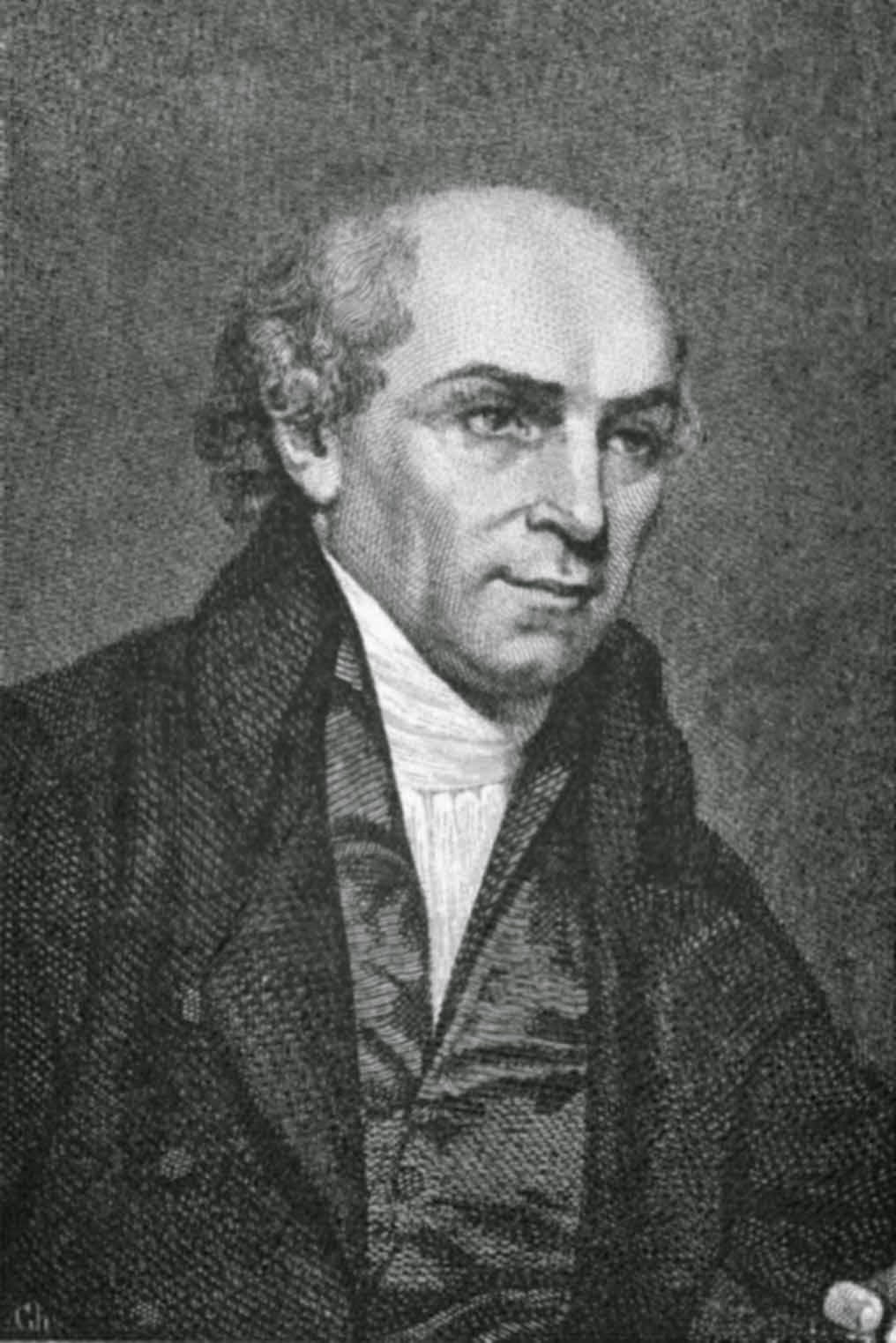 It is often forgotten that William Carey, sometimes referred to as the father of the modem missionary movement, was a Baptist and a Calvinist. His life demonstrates total commitment to the task to which he was called - he was consumed in the service of the gospel, making known the Saviour of sinners to a people fast-bound in the grip of false religion, superstition and ignorance. Pushing aside the arguments of convenience and indifference which mitigated against the taking of the gospel to the heathen of India, he is said to have plodded in the service of Christ.

‘Whatever he began, he finished. Difficulties never discouraged him,’ said his sister. He was ‘determined never to give up a particle of anything on which his mind was set . . . He was neither diverted by allurements nor driven from its search by ridicule or threats,’ noted his brother. This is how those closest to him remembered William Carey.
He was not, of course, a superman, and there were times when Carey did become discouraged. However, he never gave up. In a famous statement he wrote of himself, ‘I can plod. That is my only genius. I can persevere in any definite pursuit. To this I owe everything.’ As his fellow-labourer J C Marshman pointed out, ‘it was the plodding of a genius’, but it was plodding nevertheless.
We may never emulate Carey’s genius, but we ought to emulate his tenacity. Indeed, this is the need of the hour. There are enough shooting stars. A steep climb, a burst of glory, and then they fizzle out. Rather, we need slow burners who will faithfully shine ever brighter until that perfect day. The art of plodding is exemplified in Carey’s life in many ways. We will highlight some of them.

PLODDING TO CHRIST
The teenage Carey, an Anglican, first heard the gospel through fellow-cobbler John Warr. Many and long were the conversations they had on spiritual things, and Carey put up strong opposition to the truth at first. Warr however was, in Carey’s words, importunate with me, lending me books, which gradually wrought a change in my thinking.’ He began to attend Independent meetings and increasingly came under the conviction of sin. It was his first attempt to pass off a counterfeit shilling that became the catalyst for his eventual conversion aged seventeen.
In an instant age, we expect instant conversions, but these are rare and often prove untrue. More likely and more lasting is ‘plodding’ to Christ. Like Warr, we must be persistent and faithful witnesses. Even unpromising material may prove tractable in the end and come to expect great things from God and attempt great things for Him. We also need to encourage seekers to search for Christ, to plod on until they find Him.
PLODDING TO CLEARER VIEWS OF THE TRUTH
Once converted, it was a little while before Carey was willing to take the radical step of throwing in his lot with the despised Nonconformists. It was longer, again, before he became a Baptist. It was a Paedobaptist sermon that drove him to the New Testament. After a typically thorough study of the subject, including consultations with Robert Hall, Carey came to the truth and was baptised at Northampton by Ryland in October 1783.
Superficial thinking is everywhere today, and many lack conviction on doctrinal matters. The question of baptism, especially, has been down-played in some quarters. We must forsake woolly thinking and plod on to ever clearer views of the truth, whatever our roots and whatever conclusions we draw about baptism or similar subjects.

PLODDING TO SHARE HIS MISSIONARY VISION
The story of Carey’s valiant efforts to share his convictions regarding the plight of the heathen is fairly well known. It is difficult to appreciate, at this distance in time, what a task it was to share this vision. By 1788, he had already attempted to write a pamphlet setting out his arguments for bringing the gospel to the heathen. Andrew Fuller remembered how Carey’s ‘heart burned incessantly with desire for the salvation of the heathen’. However, Carey felt incompetent to finish the pamphlet and had no way of getting it published, anyway. He unsuccessfully tried to persuade other ministers to write. For Fuller and others, the ‘unbeaten path’ felt ‘utterly beyond their reach’.
Eventually Carey’s Enquiry appeared in 1792. That same year, he preached his famous sermon from Isaiah 54 at the Northamptonshire Association in Nottingham. When the ministers met the next morning, Carey was determined not to let another opportunity pass. ‘Is there nothing again going to be done, sir?’ he asked, gripping Fuller’s arm. At last persistence paid off, and that day the Particular Baptist Missionary Society was formed. The following year, Carey set sail for India.
It does not take long to tell the story, but we need to appreciate the years of struggle as Carey sought to share his vision of what ought to be done. We need to picture in our minds long evenings spent poring over maps, the lives of Brainerd and Eliot, and the Scriptures themselves. Imagine Carey coming home from yet another fraternal where the burning question went undiscussed or was again rejected because of the practical difficulties.
We need men who will beaver and badger for the truth, especially when others fail to see, or are reluctant to act. It is not an easy role, and we must be certain that we really do have it right, but it is work that needs to be done, and That only plodders can do.
PLODDING ON UNTIL THE FIRST CONVERSIONS
So Carey finally reached India. Were the years of plodding over? They had only just begun. Even today, every missionary knows he is in for a tough time. How much more so then. It was nearly seven years before the first convert, Krishna Pal [see pic], was baptised at the end of 1800. Sadly, many missionaries today would already have given up well before that point. It is plodders we need.
Over the years, besides a host of other work, Carey translated the Bible into Bengali, Ooriya, Hindi, Marathi and Sanskrit. How on earth did he do it all in that strength-sapping heat? Diary extracts make it clear that it was chiefly by means of the biblical principle ‘little by little’. More than that, there was the deep-rooted conviction that ‘the work to which God has set his hands will infallibly prosper.’ It is such plodders we need.
PLODDING ON DESPITE ADVERSITY
From the time they reached India, Carey’s wife, Dorothy, was in a fragile mental state. There were also deaths (including his young son in 1794), many disappointments, a breach with the Society back home and many set-backs. Through it all he learned, in his own words, the need ‘of bearing up in the things of God against wind and tide’.
In 1812, a particularly devastating blow struck. The printing house accidentally burned down. Paper, new type, irreplaceable manuscripts - all were lost. His reaction is exemplary. ‘In one night the labours of years are consumed. How unsearchable are the divine ways ... The Lord has laid me low that I might look more simply to Him.’ That Sunday he preached from Psalm 46 on God’s right to do his will, and our duty to acquiesce. He wrote to Fuller, ‘The ground must be laboured over again, but we are not discouraged ... God has a sovereign right to dispose of us as He pleases.’ As he plodded on, the press was re-established and output increased beyond what it was before. Plodding once more proved the way to blessing. Oh for more plodders like Carey today!