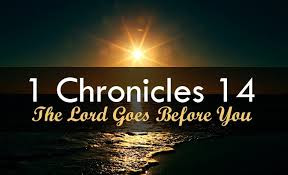 On zoom again last Wednesday for another chapter of 1 Chronicles - Chapter 14. We then nearly got sidetracked on the matter of the vaccine and what to make of it as we gathered up matters for prayer but got going in prayer in due time and a good time it was.
: Saturday, November 28, 2020 No comments:

You may be aware that the Westminster Conference this year has not been possible but there is a short online version next week. The two sessions will be

Tuesday 1st December 2020
2.00pm ~ LUTHER AND AUTHORITY
DAVID MCKAY ~ Pastor of Shaftesbury Square RPC, Belfast
Luther stands astride the history of the Reformation like a colossus. We all know, or think we know, his famous, “Here I stand …” But what governed his life and bound his heart? Who or what directed Luther’s steps? In some respects, he could be seen as a flamboyant rebel with a stiff neck. In others, he appears a humble subject with a bent knee. We need to see him in a milieu in which authority was very differently understood in comparison to our own day, and to learn how he wrestled with and submitted to authority, whether God’s or man’s.
3.15pm ~ BELLARMINE AGAINST THE REFORMERS
LEONARD O DE CHIRICO ~ Pastor of Breccia di Roma
If you read much Protestant and Reformed theology from the 16th and 17th centuries, especially of a more polemical kind, you are likely to come up against the name of Robert Bellarmine (1542–1621). Who was this man, and why was he such a significant interlocutor with the Reformers and their successors? Leonardo De Chirico will introduce the man, survey his works and his thought, and help us to understand how and why he became one of the most prominent and even respected opponents of the Protestant Reformation.

The conference will be on more than one platform. The Youtube link is

So, God willing, the conference will run from 2pm until 5pm on Tuesday 1st December 2020. Two of our original speakers will be joining us to deliver two papers, followed by a round table discussion.

At 2pm, David McKay, pastor of Shaftesbury Square RPC, Belfast, will speak on Luther and Authority. After a short break, at 3.15pm Leonardo De Chirico, pastor of Breccia di Roma, will address us on Bellarmine against the Reformers. Immediately following this paper, our two speakers will participate
in a moderated round table discussion. We expect to conclude by about 5pm.
Anyone is welcome to join us. We hope that this may be an opportunity for many who do not normally attend the conference in person to get a taste of the theology and history which we love to study and from which we delight to learn. Some eighty have registered so far.
As we are not holding a full conference this year, there will be no printed publication for 2020
: Wednesday, November 25, 2020 No comments:

Book on the Mayflower Pilgrims arrives 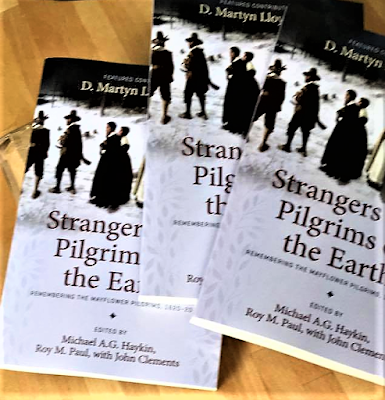 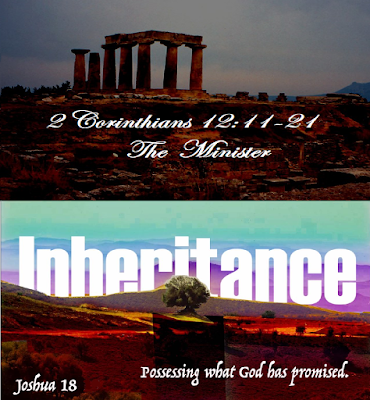 Another zoom Sunday then. In the chapel in the morning preaching on the second half of 2 Corinthians 12. Not an easy passage but I think I had hold of it. I hope so. Only one more to go now like that. In the evening it was zoom again, but from home - Joshua 18, once again not easy but there was plenty to chew on. Rather alliterative today for some reason. Good to see everybody, even though not in the flesh.

Wales Georgia - A win's a win


Avid readers of this blog will perhaps have noted an absence of reference to Rugby Football for some time. The chief reason for this is an abysmal losing streak for Wales of six games, under new manager Wayne Pivac. This is their worst such run in seven years (yes, even under Gatland we lost eight on the trot at one point). Anyway last Saturday an experimental side (that included Ian Botham's grandson) beat Georgia 18-0 to halt the slide. It wasn't pretty but a win's a win as they say. England next, so we'll see. Meanwhile the soccer team has qualified for the Euro finals which is very good news. (Haven't bumped into Gareth Bale now he's back in London).
: Monday, November 23, 2020 No comments: 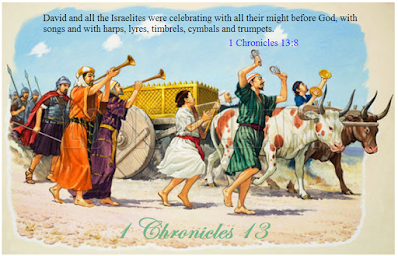 On zoom again, of course. We reached 1 Chronicles 13 this week. (Having worked through the previous 12 chapters we were in a better position perhaps to understand and appreciate what the writer had to say  next. I'm trying to put the material on my Preached Sermons Blogs as preaching through this book is something we all need help with).Very straightforward narrative - the story of David's first attempt to bring the ark to Jerusalem. It was possible to make a number of worthwhile points. We also had a good attendance and another good prayer meeting, where the men kicked us off well and then the women really took up the baton. One or two less familiar voices, which is always great.
: Saturday, November 21, 2020 No comments: 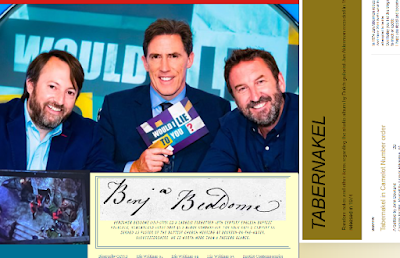 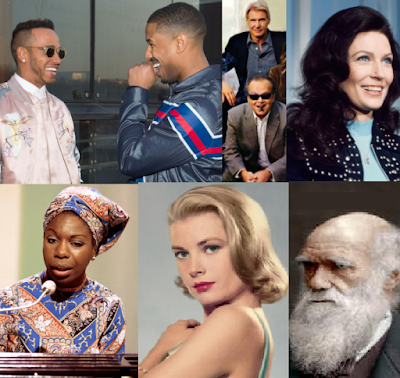 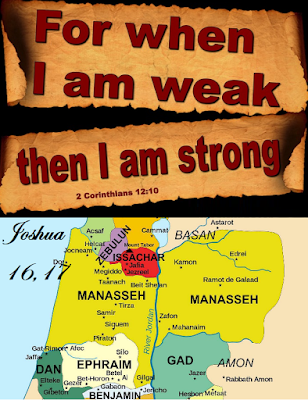 It's easy to get behind in these days of lockdown. I don't remember being so far behind in ages. Anyway, ages ago last Lord's Day we had our second Sunday of the new regime - both zoomed services - in the morning in the chapel and in the evening back here at home. I preached again from 2 Corinthians am, on 12:1-10 and again from Joshua, Chapters 16 and 17 pm. It's not ideal but we are doing what we can.
: Friday, November 20, 2020 No comments: 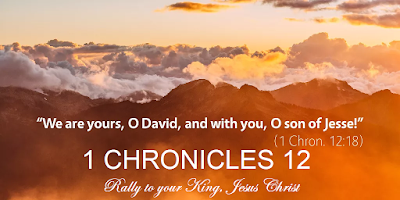 We carried on with 1 Chronicles this week - Chapter 12. Good prayer meeting too. Plenty of people there. We tried the break out groups again after. (Sorry to be late with this once again).
: Saturday, November 14, 2020 No comments: 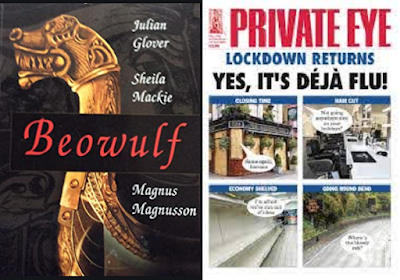 It's limited what you can so on a lockdown so it was the old faithful - reading - this time round. I was at a funeral in Wales the day before so I was tired (more on that later). I'd picked up a Private Eye on the way home so I could read that. I also dipped into the review pages of last Saturday's Times - something I rarely find time to do. I also pulled one of those unread books off the shelf and enjoyed a modernised version of Beowulf. I must admit that despite studying Beowulf in university I'm quite vague on it so I was glad I read this abridged version by Julian Glover.
: Saturday, November 14, 2020 No comments:

So yet another permutation this last Lord's Day. In the morning I went to the chapel and preached on Zoom. The only other person present was the pianist who kindly played a hymn at the beginning and at the end. I had the camera further away this time but that made the audio more echoey. My very slow brain thought that I should be muted so I could sing but if that had happened we wouldn't have heard the music either! I preached on the second half of 2 Corinthians 16. We did break out groups afterwards which we have tended not to do as numbers are small. I think that went okay. In the evening it was our regular zoom on Joshua 15.
: Wednesday, November 11, 2020 No comments: 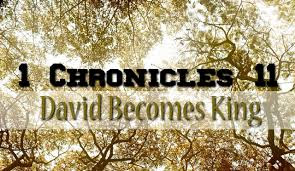 Looks like a missed a report on the meeting for October 28. Not sure why I got so busy. Anyway it was a zoom meeting as was our most recent meeting. This time we looked at 1 Chronicles 11 and the time before Chapter 10 (the death of Saul). We're into easier parts now. We had a good prayer time both times too, especially last time. Nice to have a friend form Spain with us. (Some things are better on zoom).
: Saturday, November 07, 2020 No comments:

10 Songs that feature a different vocalist to usual 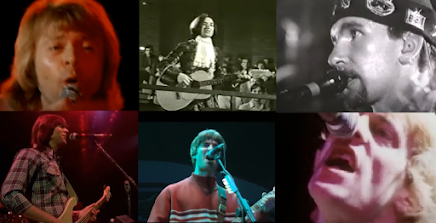 This list was prompted by a question on University Challenge recently
(There are lots of Queen contenders but no obvious one. I toyed with including Ringo Starr singing With a little help from my friends. May be Happy Nightmare on the first Focus album where Martiin Dresden sings could be added but that's pretty obscure)
: Friday, November 06, 2020 No comments: 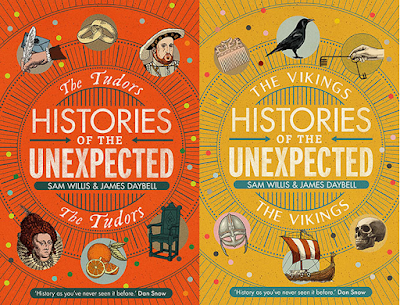 Having made a big dent on the big Unexpected History book by Wills and Daybell last week I sent for the other four smaller books they have and on Tuesday I read the one on The Tudors and most of the one on The Vikings. I thought I'd start with the one on the Tudors as that is probably the period of English history I know best. I enjoyed it. As for the Vikings I'm 20% or so Scandinavian and I have been enjoying a lot of Scandi TV recently so I thought that was the next best choice. I was slightly disappointed with this although its reliance on the sagas is very enlightening. I feel I got more from Silk Roads when I read it. Anyway, a nice day all told.
: Friday, November 06, 2020 No comments: 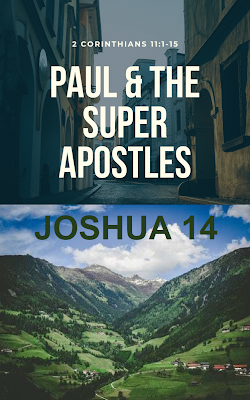 Bit behind with this but we had last Sunday morning what we won't really be having for the next four Sundays - communion followed by a service in the chapel. In the evening we zoomed so that was as has been and will be. We were not many for communion but it was good to be together again. Hopefully we will be able to sit down together again on December 2. I felt the preaching am (from 2 Cor 11:1-15) went much better than last week. The passage was just as difficult but I was fortified by not wanting to flop again and a quote I came across from Kanye West (of all people). He has just discovered expository preaching (something I have been doing here for over thirty years). He describes it like this

... it's like one-to-one by the Word. I like all different kind of preachers but there are some type of preachers they get up, they have the bible in their hand, and they close the Bible and they just talk for two hours.
And some do have anointing, but expository preachers go line for line, and for me it’s like I come from entertainment. I got so much sauce, I don’t need no sauce on the word. I need the word to be solid food that I can understand exactly what God was saying to me ....

In the evening we were in Joshua 14 where we were looking at Caleb, a model of faith. A good Lord's Day to fortify us for the tough days ahead.
: Thursday, November 05, 2020 No comments:

10 Reasons to give thanks at the present time 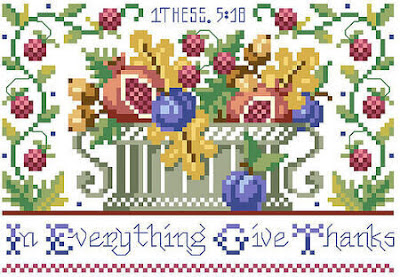