Seems a long time ago but we had a midweek meeting just over a week ago. We had thought about cancelling as many of us would be busy getting ready for guests but then Mr Johnson made his announcement and it was back on. I decided we should have only a prayer meeting, in case anyone was busy. When you only have prayer it is often better than with a Bible Study too as time is easier to manage and whereas if time is tight people console themselves with the thought that there was no time to pray they feel under more pressure when it's just prayer to lead and often do so. Once again we had a good time of prayer then. it was hard to get a word in.

We also had a meeting on Christmas Day. We only had 12 in the chapel as there were no visitors hardly, although a woman who comes once a year visiting her mother was there and it was good to see her again and our fiend who has been attending regularly of late (he did ask a question during the sermon but it was a help not a distraction). There were about 16 on zoom too. I preached from Matthew 1:25. I only preached for 17 minutes and the whole thing was only about 45 minutes.

Song of The Year

John Wesley on the Radio 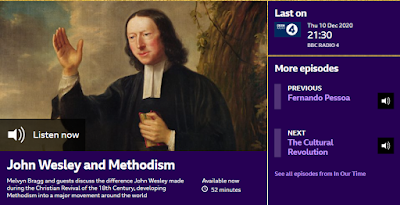 I enjoyed listening yesterday to a recent edition of Melvyn Bragg's In our time on Radio 4. It was on  John Wesley and Methodism and can be accessed here. The approach is pretty secular but it spotlights some interesting and important matters.
: Thursday, December 31, 2020 No comments: 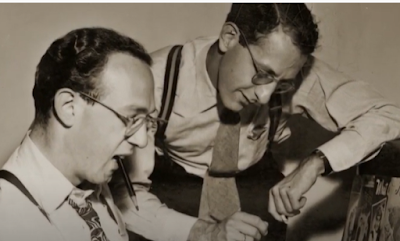 (also Do you hear what I hear? by Noël Regney and Gloria Shayne and Getting ready for Christmas Day Paul Simon. At a stretch Do they know it's Christmas? Midge Ure and Bob Geldof who had a Jewish grandfather).
: Thursday, December 24, 2020 No comments:

Kia-ora "Too orangey for crows"

Not sure why but this old ad came to mind recently
: Thursday, December 24, 2020 No comments: 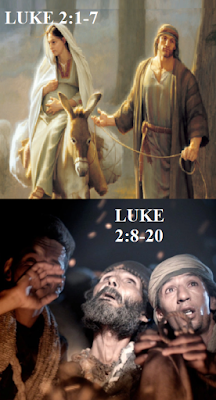 We got to the real heart of the Christmas story yesterday with sermons on Luke 2:1-7 and Luke 2:8-20. In the morning we were in the chapel and with a fair turn out (except for our Nigerian friends for some unknown reason). The man I think I have referred to as a local character in the past was there once again, sat in the front row with his ginormous lockdown beard. For the first time ever he sat through the whole sermon. I tend to feel that f you can get them to listen you're part way there. We will see. It was just zoom in the evening. We had a good time again.
: Monday, December 21, 2020 No comments: 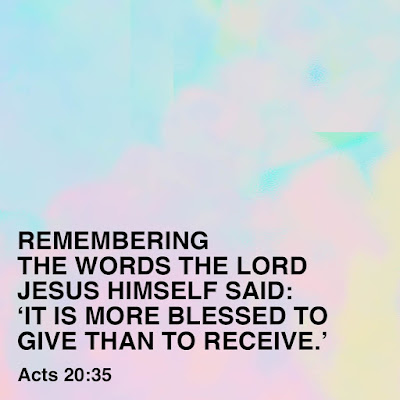 On Zoom as ever for a good time of prayer and a short message from Acts 20:35. People appreciated the brevity, I think. We were about 18 so a little down in numbers.
: Saturday, December 19, 2020 No comments: 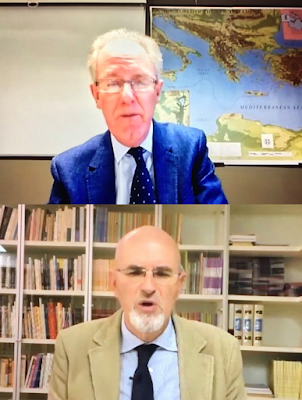 Tuesday was the last day in Tier 2 so I took opportunity to get a coffee at our local Costa and read the paper in the morning. As reported earlier I read John Piper's Innkeeper and a few more stories from the Big Book of Christmas Mysteries. Also did some blogging and eighteenth century work. In the evening we watched another episode of The Crown. These are self-contained and well-constructed pieces that are a little loose with the truth but good drama. Nice day on the whole.
: Saturday, December 19, 2020 No comments:

Email ThisBlogThis!Share to TwitterShare to FacebookShare to Pinterest
Tags: books, coffee, Day off, The Crown, TV

10 Subjects for Meditation from Swinnock 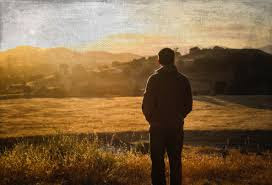 Writing about meditation in The Christian man's calling George Swinnock says
There is abundant matter for our meditation; as
out of these we may choose sometimes one thing, sometimes another to be the particular subject of our thoughts,
: Saturday, December 19, 2020 No comments:


Way behind as ever but last Last Lord's Day we carried on through Luke 1, looking at Luke 1:39-56 am (GLORIFY GOD WHO LIFTS UP THE HUMBLE AND BRINGS DOWN THE PROUD) and then at the rest of the chapter pm (PRAISE GOD FOR COMING TO REDEEM IN MERCY AND SAVE) - chiefly then the Magnificat and the Benedictus. In the morning we were in person in the chapel and in the evening at home on zoom. We had a decent turn out in the morning but there could have been more. A Ghanaian family came for the first time. We hope we see more of them. We used the EMW's Christmas hymns but, of course, could not sing.
: Friday, December 18, 2020 No comments:

10 Places in England with an X in

From My Christmas Blog 2 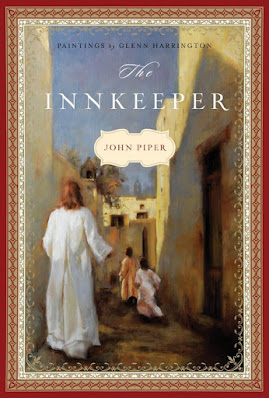 There are one or two thi8ngs about this publication that I am a little unhappy about but if you want a good little book that will give you a good angle on the Christmas story do get this book and read it or try here on YouTube to bear John Piper reading it aloud.
: Tuesday, December 15, 2020 No comments:

From My Christmas Blog 1 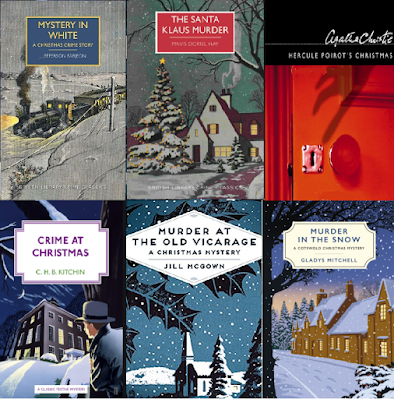 Here is a nice selection of detective fiction for Christmas time. The last volume (Christmas in the snow) fails as it is not really Christmassy or snowy enough all through. See here.
: Tuesday, December 15, 2020 No comments:

In Writing 136 now available from The Library 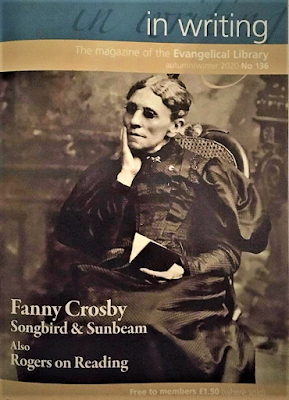 It features the annual lecture and other things. Get it from the Library.
: Monday, December 14, 2020 No comments: 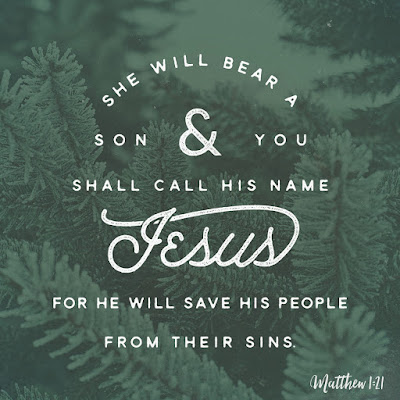 We were on zoom last Wednesday as usual. We must have been around 20 altogether, a lot higher than we might have been if we were in the building. Even then there were several missing. We looked at Matthew 1:21 and a good length prayer time followed with lots of people taking part. I wish more had prayed. We had a members meeting the next night so I did not want to lengthen things unduly.
: Saturday, December 12, 2020 No comments: 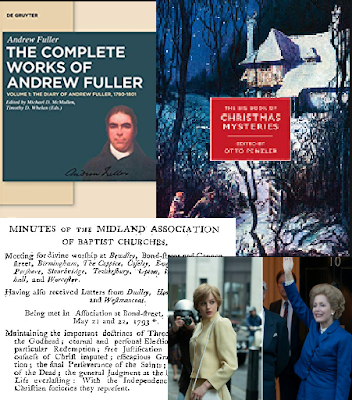 There has been a little gap as we were in Cardiff one week helping our son and family to move house - I was in charge of putting books on shelves and it was nice to round up a few of my strays (!). Then the next week we went to Aber to be with our oldest son and his family as it would have been on that week that the baby girl they were expecting, Angharad, would probably have been born. This week it was the more usual being at home and reading and what not. I enjoyed reading some of the shirt stories on one of my Christmas books that I have on kindle, a book of short stories. I also spent a little time in the eighteenth century working on different projects. In the evening we watched an episode of the Crown.
: Thursday, December 10, 2020 No comments: 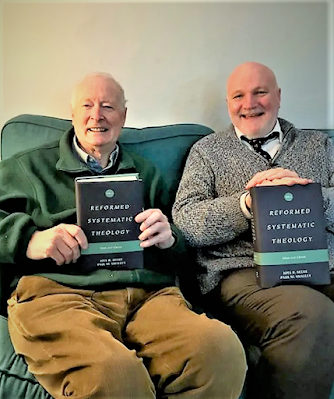 I saw my esteemed father-in-law recently and he had a nice Christmas present for me - Volume 2 of the new Systematic Theology by Joel Beeke and Paul Smalley. There was one for him and one for me, as you can see. I have only read the first 800 pages of Volume 1 so I need to get going. Volume 3 looms. It is brilliant - from the very paper itis printed on to the questions posed at the end of each chapter.
: Thursday, December 10, 2020 No comments: 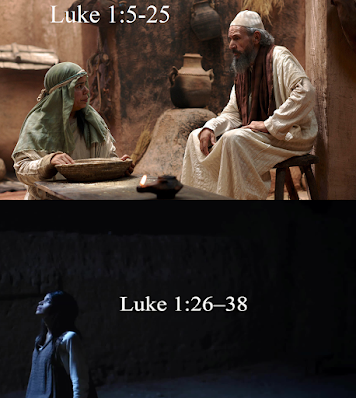 So it was back to the chapel again last Lord's Day morning. We began with communion. Only eight of us. We welcomed a new member with the right elbow of fellowship. I wish we could have been more. Unable to persuade people that we should sing, we had two recordings of carols from YouTube. That was okay although the second hymn had different words to what was in our books. There were other technical difficulties I was told. In the evening it was just zoom. I carried on with Luke 1 at both services, verses 5-25 then verses 26-38. It's great to look at these verses again.
: Tuesday, December 08, 2020 No comments: 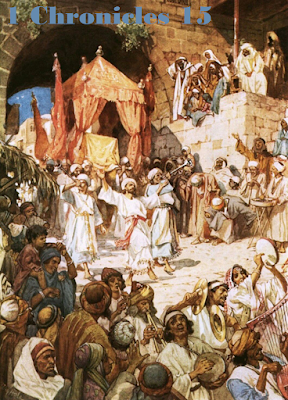 We were on zoom last Wednesday again and looking at 1 Chronicles 15. We also meet for prayer which we are getting used to. One of our best pray-ers was not there but others stepped up to the mark. Prayers were slightly longer than usual I thought. Good time.
: Monday, December 07, 2020 No comments:

If you have an hour to spare check BBC Iplayer and the ENO performance of Mozart's Requiem. Well worth a listen. Skip to 7:38 if you only want the music. Link here.
: Tuesday, December 01, 2020 No comments: 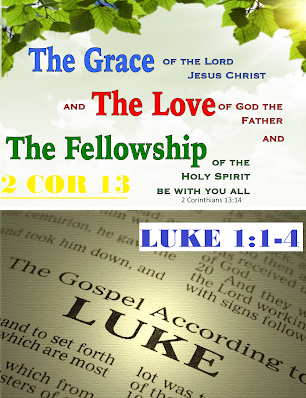 Hopefully for the last time, it was all zoom last Lord's Day. I went to the chapel in the morning to broadcast We looked at the final chapter of 2 Corinthians - Chapter 13. By taking the whole chapter I ended up with a bit of a ragbag and was a little dissatisfied with the result. In the evening I broadcast from home. We looked at the opening verses of Luke's Gospel. I plan to work my way through Luke's Gospel for a second time over the coming months (and more probably). We had a good attendance and there is a good loving spirit in these difficult times. I am still conscious, however, of some few missing out.
: Tuesday, December 01, 2020 No comments: