Some interesting anniversaries coming up in 2020 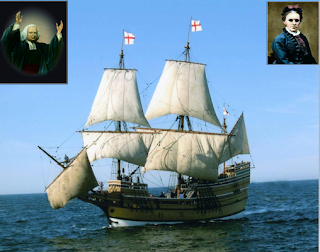 1570 Thomas Cartwright's lectures on the Acts of the Apostles

1620 The Mayflower sails for New England

I'm sure there are others. Do let me know. I did have Constantine in this list for some reason but have removed him.
: Tuesday, November 12, 2019

Good old Ludwig van Beethoven is 250 next year. That's the big one for me.

Thanks for that. So Beethoven was born the year Whitefield died.