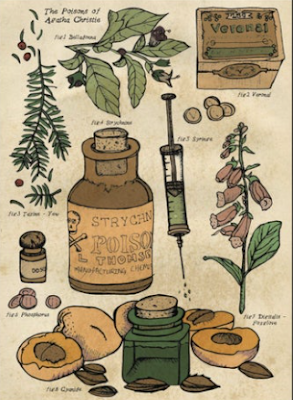 This was prompted by a question on last Monday's University Challenge
(Sleeping tablets feature in Lord Edgware Dies).
: Wednesday, July 28, 2021

Hi There,
Thank you for sharing the knowledgeable blog with us I hope that you will post many more blog with us:-
Sodium cyanide is a poisonous compound with the formula NaCN. It is a white, water-soluble solid. Cyanide has a high affinity for metals.
Click here for more information:- more info