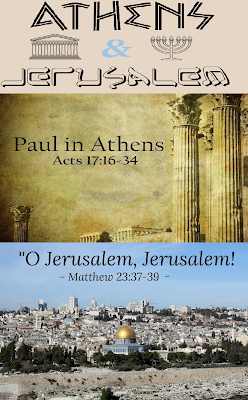 Once again we had a large congregation in the morning when it was hard to get to speak to everybody and a rather small one in the evening when the only problem was making the two locals from the area feel welcome. My son and his wife were there in the morning and most of the regulars though our seminary student was preaching elsewhere, one couple are now away for some months, several were unwell and as ever some were unacconted for. In the morning we were in Athens (as announced) and it was a little longer and may be heavier than I had hoped. I spoke to the kids about Mount Moriah. In Church history we've reached the 15th century so it should be plain sailing from here on in. The evening sermon was on the closing verses of Matthew 23 and was brief and had good illustrations.
: Wednesday, February 13, 2019