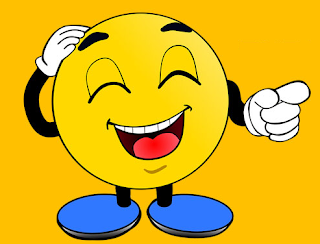 1. Why did the chicken cross the road? jokes
(As in Why did the chicken cross the road?” “To get to the other side!”)
2. Knock knock jokes
(As in Knock, knock Who’s there? Lettuce Lettuce who? Lettuce in, it’s cold out here)
3. Light bulb jokes
(As in How many Mystery-genre writers does it take to change a light bulb? Two. One to screw it almost all the way in and the other to give it a surprising twist at the end)
4. Doctor Doctor jokes
(As in Doctor, Doctor, can you give me something for wind? Yes - here's a kite!)
5. What do you call a man jokes
(As in What do you call a man with a spade on his head? Doug)
6. Elephant jokes
(As in Why did the elephant paint its fingernails red? So it could hide in a cherry tree)
7. Englishman, Irishman, Scotsman jokes
(As in An Englishman, Irishman and Scotsman set up as furniture removers. On their first job a householder saw the Englishman and Scotsman struggling to carry a wardrobe upstairs. She asked them, 'Where is the Irishman?' 'Oh, he's in the wardrobe stopping the wire coat-hangers from rattling.')
8. Bar jokes
(As in E-flat walks into a bar. The bartender says, “Sorry, we don't serve minors.”)
9. What's the difference jokes
(As in What's the difference between a photocopier and the flu? One makes facsimiles; the other makes sick families)
10. Two kind jokes
(As in There are two kinds of people in this world. Those who have a way with words and those who way have do not)
: Saturday, February 02, 2019