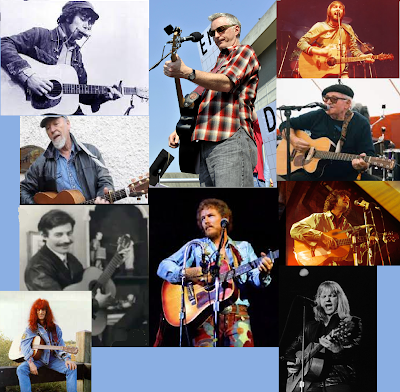 The term is thrown about quite loosely but this list will give you an idea. The list was prompted by a documentary I watched on Alan Hull, leader of the seventies folk rock group Lindisfarne. In the documentary fronted by Sam Fender he is referred to as the Geordie Bob Dylan. It reminded me of  a lady I met who described her father to me as the Hungarian Bob Dylan. I also recalled hearing Meic Stevens being called the Welsh Bob Dylan.
(The Bob Dylan of punk - Reckless Eric)
PS This is a different category to "The new Bob Dylan " which we might run some time.
: Wednesday, December 01, 2021