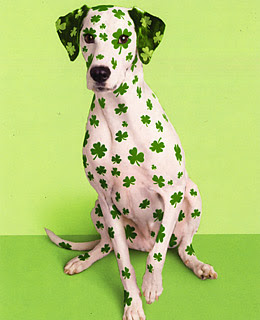 1. Patrick was not born in Ireland (but in Britain)
2. Patrick was not born on March 17 (it is when he died)
3. Patrick's colour is blue not green
4. Patrick probably did not use a shamrock leaf to teach the Trinity
5. Patrick did not introduce Christianity to Ireland
6. Patrick did not get rid of snakes from Ireland
7. Patrick or Patricius was born Maewyn Succat
8. The first St Patrick's Day Parade in the USA was in the 18th Century. There was not one in Dublin until 1931.
9. St Patrick's Day has not always been a day for partying. Pubs used to close in Ireland on March 17 in the sixties/
10. Corned Beef and cabbage a traditional St Patrick's Day staple would not have been eaten in Ireland until relatively recently
(Patrick had nothing to do with leprechauns)
: Friday, March 16, 2018