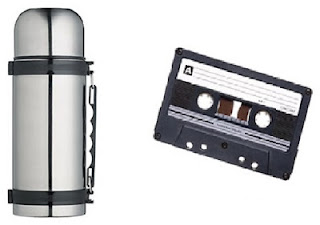 It is common to mock older people struggling with modern technology but I came across two examples recently of young people who just don't quite understand old technology.
The first example was a teenager using a cassette tape and not realising that such an item needs to be rewound to the beginning in order to record onto it.
In the second example I may be being unfair but a teenager I know was not only trying to drink a hot drink straight from a vacuum flask but he also didn't know quite where the liquid would come out and so got tea all over him.
: Monday, June 24, 2013